It might feel like America is going down a path with a president for the first time. But we’ve been here before. 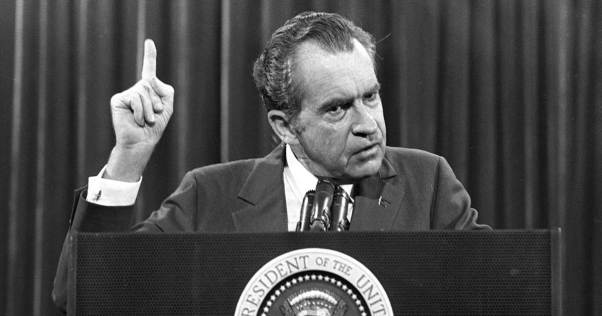 Trump has given courage to those whose base views had been resigned to the back porch or weekend poker game. The racism and sexism were always there. And then Trump came along called women fat pigs. He called Mexican immigrants rapists and criminals. He brags about sexually assaulting women he finds attractive. He’s a walking cesspool of every deviant personality trait one man could possess.

Trump is the asshat who claimed Barack Obama’s birth certificate was a fraud. Trump doesn’t believe the rules apply to him, and he’s taken that philosophy with him into the White House and filled the swamp with friends and family who share his despicable views. Watch Jeff Sessions quote the bible as a defense for separating children from their parents at our border to see how far we’ve fallen.

I grew up believing America was the greatest country in the world. That notion was shattered about six months into my mission to Germany. It was there I realized America didn’t have a monopoly on greatness.

Now is a good time to revisit All the President’s Men. Nixon was a miserable man, but he faked it much better than Trump. We didn’t fully understand how racist Nixon was till the Watergate tapes were released. Trump’s tweets are in full view for those who care.

We’ve been here before.

Nixon left a black mark on the presidency and the country. Before Trump is done, he’s going to make Nixon look like Mother Theresa.

We will survive Trump.