It’s easy to fall into the trap of believing that every outing with the kids has to be an elaborately planned event they’ll remember forever. I used to think that I had to compete with the many organized outings the school or church plan. I’m glad they have the opportunities to visit places such as the zoo and aquarium.

I learned a valuable lesson this past spring when I chaperoned Luca’s first grade class to the zoo. I was excited to show them the gorilla and bear exhibits that I’d seen a few weeks before. I assumed the kids were as excited as I was. We jumped off the bus and I pulled out my map to find the bear exhibit. We walked and walked till we were just yards away. I figured the kids would be so excited to see the bears they would sprint the last 100 yards. But as we neared the entrance the kids noticed a big tree and ran towards it. They took turns climbing up the tree until all five kids were hanging off their own branch asking me to take their picture.

What I learned is the kids just wanted to spend time with each other. The bears could wait. I wasn’t sure if I should allow them to climb the tree but I stayed close and didn’t let them go very high. I wanted to climb the tree with them until I remembered I was a chaperone.

I’ve tried to keep this lesson in mind as I sometimes feel I don’t plan enough big events for the kids. I’ve taken the kids to movies before and they can’t remember what they watched but they remember sitting on dad’s lap skimming off the well-buttered pieces of popcorn. We’ve taken them to nice restaurants and they were more interested in the bubble gum machine than the food. I took Lincoln to a Mariner’s baseball game and his favorite part was the train ride home. 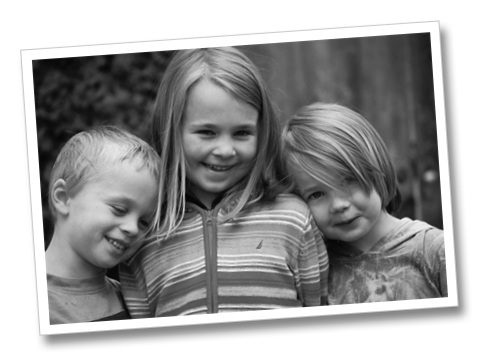 The point is that what I feel is most important isn’t necessarily what my kids will remember. They tend to focus on the small, usually inexpensive and spontaneous things that happen outside of the main event. It’s taken me a while to appreciate these times.

Before the kids went to bed tonight I played “Simon Says” with them. When we finished Luca said, “That was so much fun, dad. It was even better than Nintendo!”

2 thoughts on “Keep It Simple”